The world’s no.1 selling smartphone Samsung has announced plans for a foldable smartphone that has a screen that bends. The dynamic CEO of Samsung’s fabled mobile unit, DJ Koh has teased consumers about the new foldable smartphone device that may be unveiled at a developer conference in November.

Research compiled by Samsung in a series of surveys suggested that there was a demand on the market amongst consumers. At IFA Berlin, the CEO stressed that Samsung wanted to create a device that served a purpose and wasn’t just seen as being a gimmick.

Koh said, “Every device, every feature, every innovation should have a meaningful message to our end customer. So when the end customer uses it, they think ‘wow, this is the reason Samsung made it’.”

The dynamic CEO who has been the brainchild behind a number of Samsung’s best-selling smartphones stressed the importance of creating an experience that is different from a tablet. He added, “If the phone is unfolded, what kind of benefit does that give compared to the tablet? If the unfolded experience is the same as the tablet, why would they buy it – it needs to be different?”

Koh did not disclose when such a phone would be launched, and said the development process has been complicated, although it is now nearly done.

Rumours of a flexible screen from Samsung started earlier this year when The Wall Street Journal reported it would launch one in 2019, with a 7-inch screen which can be “folded in half, like a wallet”.

Samsung will be hoping this move could significantly boost revenue. In Q2, it was reported weak smartphone sales led to the IT and mobile communications division posting a 20 per cent year-on-year drop in revenue to KRW24 trillion ($21.3 billion). 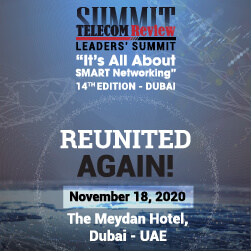