Telstra has launched its first 5G device, the HTC 5G Hub, and is preparing to launch Australia’s first 5G compatible smartphone next week.

The Australian-based company began marketing their broadband plans for the new HTC 5G Hub and will soon start selling the Samsung Galaxy S10 5G. They also plan to introduce their mobile plans for the new technology by the end of June.

The company said it would offer free 5G access for around 12 months.

“We have already started building our 5G coverage in some areas and, as we did with 3G and 4G, we will progressively rollout the new technology over time,” said Telstra’s chief executive officer Andrew Penn in a statement.

The operator is currently working on rolling out 5G in ten cities and plans to expand the coverage to around 35 other cities within the next 12 months.

Telstra turned on 5G base stations back in December 2018 in some parts of Sydney and Melbourne all of which amounted to 187 5G-compatible sites in the two cities.

“Our launch of the HTC 5G Hub is the moment 5G becomes a reality for Australian consumers,” said Penn.

“Since 2016, we have been working with some of the world’s leading technology brands to ensure Australians are among the first in the world to be able to access 5G.” 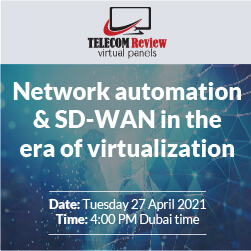