A comprehensive report compiled by the GSMA has projected that the Asia Pacific region is set to lead by 5G by 2025.

The study which is entitled the ‘Mobile Economy’ report has indicated that the region will surpass a staggering 675m 5G connections’ in the next seven years which will account for more than half of the global 5G total forecast by that juncture.

The detailed study undertaken by the GSMA predicts that markets such as Australia, China, Japan and South Korea will pioneer the technology to lead the uptake on 5G connectivity. The commercial launches of next-generation networks are expected to commence in all of these aforementioned markets in the next twelve months.

Mats Granryd, director general of the GSMA, said in a statement the Asia Pacific region has experienced a “rapid migration to mobile broadband networks over recent years” and it is now set to play a pioneering role in the 5G era.

“Mobile operators will invest almost $200 billion over the next few years in upgrading and expanding their 4G networks and launching new 5G networks in to accelerate the growth of Asia’s digital economies and societies,” he said.

The next phase of 5G, enabled by 3GPP Release 16, GSMA added will lay the foundations for Asia Pacific to support a range of future 5G use cases and innovations, such as massive connectivity and low-latency services for the internet of things, critical communications services and virtual reality. 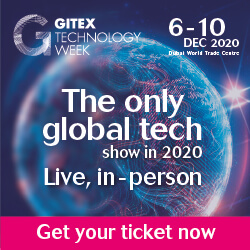 Huawei growth proliferates despite vindictive and sinister US campaign