The driving force behind Indonesia's connectivity growth is its minister for communications and information, Rudiantara. He tells Telecom Review Asia Pacific about his ambition to make Indonesia to the second largest IT market in Southeast Asia by 2019.

Indonesia is the largest economy in Southeast Asia, booming with potential. Telecommunications has played a vital role in the development of the country's growing economy. Other areas, such as banking, financing, software, hospitality and trade have benefited from the increased connectivity./
Indonesia is a rapidly growing nation with a huge amount of potential due to its large population and vibrant, highly-connected capital city, Jakarta. The government of Indonesia plans to spearhead a drive towards fiber-optic network coverage and initiate smart city projects via a five-year plan in which it will commit more than $US24 billion in infrastructure projects, with a significant portion of the funds to be directly used for telecoms. The country plans to push fiber and 4G coverage nationwide, as opposed to limiting it to the greater Jakarta area, which seems to host more than its fair share. With all areas of the archipelago nation covered by broadband, the economy could flourish.

In January, the Indonesia Communications and Information Ministry announced plans to boost broadband and infrastructure sharing; an objective that the ministry is promoting in order to make its telecommunications industry more efficient and sustainable. The government is reportedly attempting to take a greater hand in the coordination of network rollouts by the three main providers: PT Telekomunikasi Indonesia (Telkom), PT XL Axiata and PT Indosat. Indonesia's volume of data traffic is expected to increase six-fold, from 84 exabytes in 2014 to 656 exabytes by 2020, therefore the country must roll out effective fiber-optic networks to carry this additional data.

'My ultimate goal is consolidation,' says Rudiantara, Indonesia's Communications and Information Minister. 'I will never stop pushing for measures that will ultimately make our broadband network more efficient and beneficial to the public.'

Network infrastructure sharing mooted
According to the Minister, Indonesia's broadband industry needs to reduce capital expenditure in order to become more competitive at the beginning of the newly implemented ASEAN Economic Community. 'I can help through regulatory measures that can help reduce capital expenditure for telecommunications operators,' said the Minister. The possible measures that could be implemented include the active sharing of broadcast towers, BTSs (Base Transceiver Stations) and the Radio Access Network (RAN).

Indonesia currently ranks fourth out of the largest IT markets in the ASEAN region, behind Singapore, Malaysia and Thailand. Rudiantara's target is to reach second place in the region by 2019. 'We still have a lot of work to do in strengthening our recently established 4G/TLE broadband network ecosystem,' he said.

Rudiantara says he wants to: 'Make the telecom industry as efficient as possible. We are planning to introduce our new interconnection regime. I want to chop prices for the end-users. I know precisely where there is space in the industry for profit, because I used to work for an operator. I know by heart the industry numbers. This is something that we have to play with.'

Rudiantara referred to a recent study conducted by Open Signal as inspiration to continue to push Indonesia into the realm of efficient, widespread broadband. 'Jakarta reached on average seven megabytes per second so now people can enjoy 4G LTE,' said the Minister. 'This makes Indonesia number two for this in ASEAN, second to Singapore, and we are much higher than Bangkok. But on average, across the whole country, normal throughput is only around four megabytes.'

Connectivity must be ubiquitous
The Minister stressed the need for Indonesia to provide the same connectivity around the entire country as opposed to concentrated urban areas like Jakarta. Only then could Indonesia level up to its neighbors.

Open Signal collects its data from smartphone owners through its app. The anonymous crowd-sourced data goes into building an impartial coverage map showing how different countries measure up against one another in terms of connectivity. The report shows that in general, 4G availability around the world is creeping up as operators deploy new networks in new places and upgrade the networks already built.

Of the ASEAN region, Singapore clearly stood out as the best, with the fifth best LTE coverage, while Indonesia sat further down the list behind Thailand and Malaysia, but still ahead of the Philippines. Overall, South Korea leads the world in LTE availability, while Singapore has the fastest network with LTE (StarHub) and New Zealand stands as having the fastest LTE overall as a nation. It is interesting that the top three are all located in Asia Pacific '“ a testament to the region's growth and influence.

'The first two investors have already signed a contract with the government for the western part of Indonesia and the center of the country,' the Minister further added. 'Now we are in the process of addressing the eastern part. The total value of this entire project is almost $US1 billion. By January 2019, all major cities will be connected by broadband.'

Broadcast license revision
From a device and handset point of view, Rudiantara spoke about the importance of hardware and software in the Indonesian market. While for applications, he hopes to continue to expand e-commerce in the country. 'By 2020, e-commerce in Indonesia is expected to reach $US150 billion '“ a very big number,' said the Minister.

For now, Rudiantara is focusing his attention on broadband and television. In the near future, he is also thinking about how his department can profile licensing for data, etc. For television, he said the country already had a lot of licenses issued, particularly for cable to the home and radio '“ about 370 licenses issued by the government. However, licensing for TV is a lengthy process says Rudiantara, 'which we are trying to chop down, and one of the tools is by revising our broadcasting model. We are in the process of this revision which should be approved by the government this year.'

'There is huge potential in Indonesia, but we need to figure out how we can structure the industry effectively,' said the Minister, addressing future plans. 'We are okay with our structures, but we are in the process of consolidating the industry. We want to make the industry as simple as possible, but not at the cost of the market. We have to increase the economy of scale of the industry. That's why the government is focusing on how we can make the industry more efficient.' 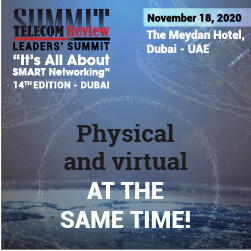 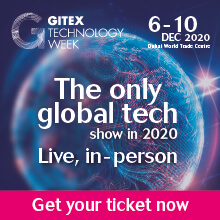